On februari 1, 2017 by jonaspau With 0 Comments - Skiing, Uncategorized

Since I now live a 10 minute walk from Stockholm’s alpine ski center at Hammarbybacken, I simply couldn’t miss the opportunity to shoot the Alpine Ski World Cup when it came to town this week. It was a great and exciting event with the two participating Swedes, Frida Hansdotter and Mattias Hargin, competing in front of an ecstatic home crowd. Both of them did really well, Frida finished fourth in the women’s competition and Mattias got to step up on the podium as number three in the men’s. Mikaela Shiffrin from the US won the women’s event while german skier Linus Strasser was number one among the men.

Shooting fast action sports is really fun, and indeed, these guys were fast! It was a great challenge but I was quite pleased with how some of the shots turned out. Here’s a small selection. 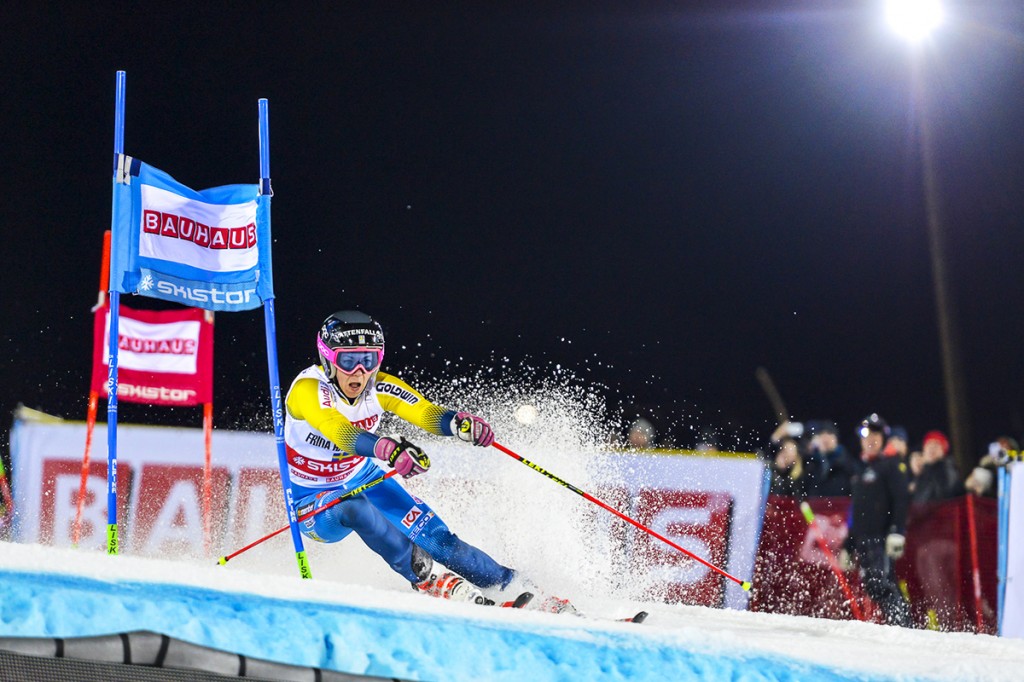 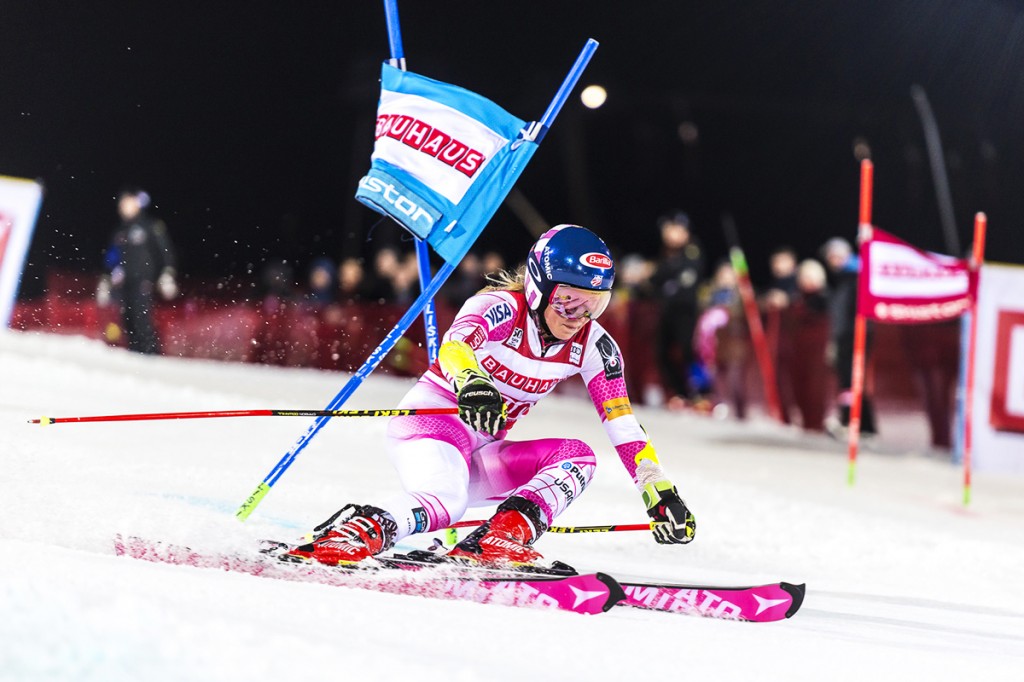 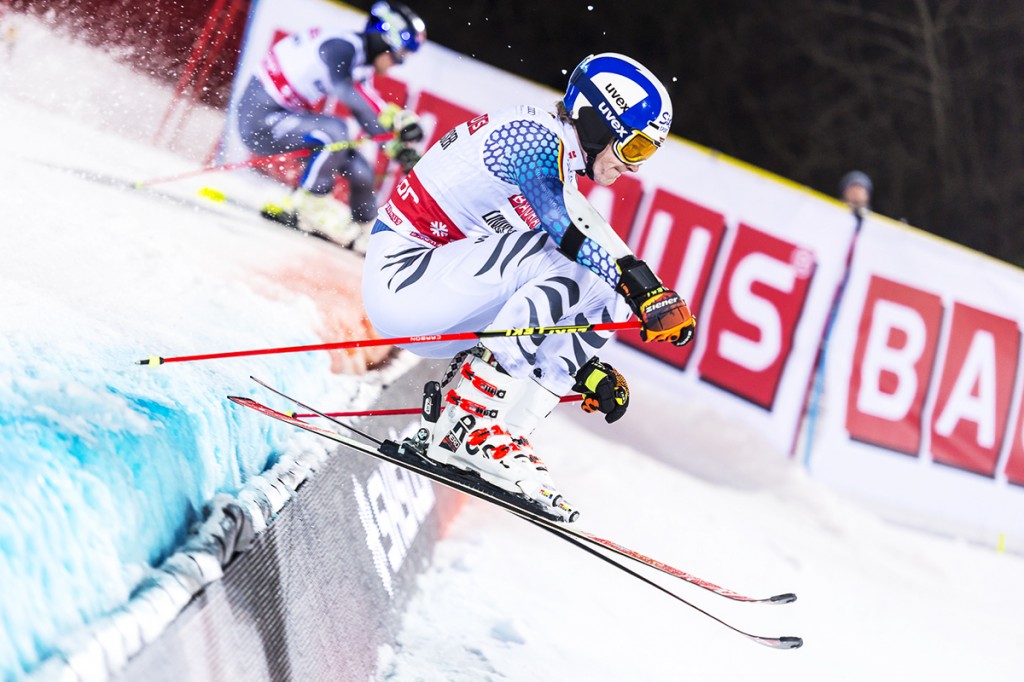 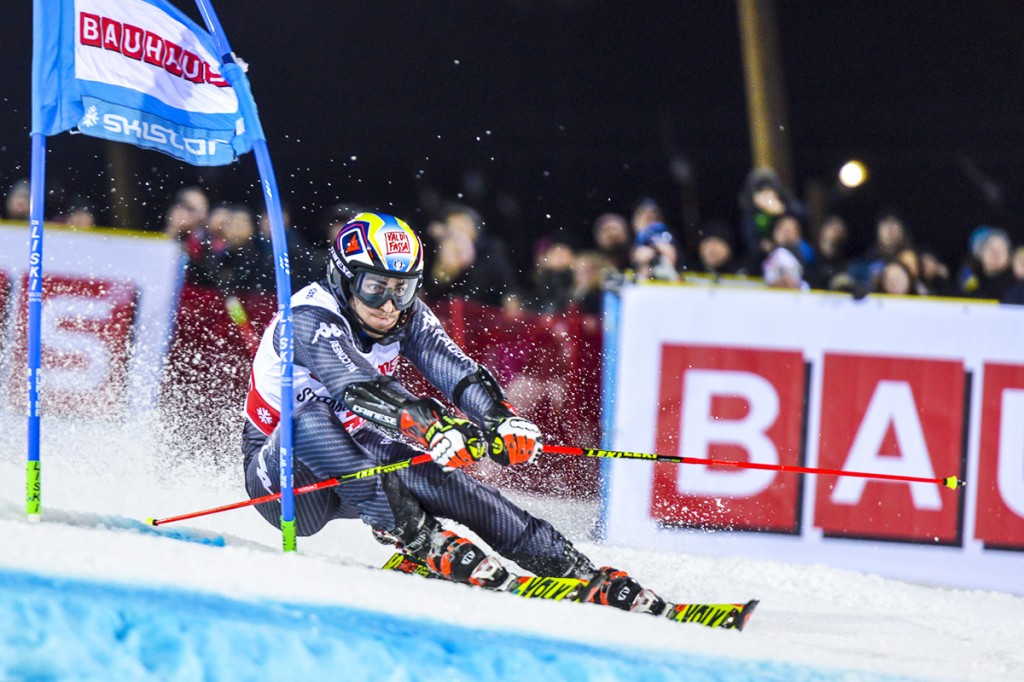 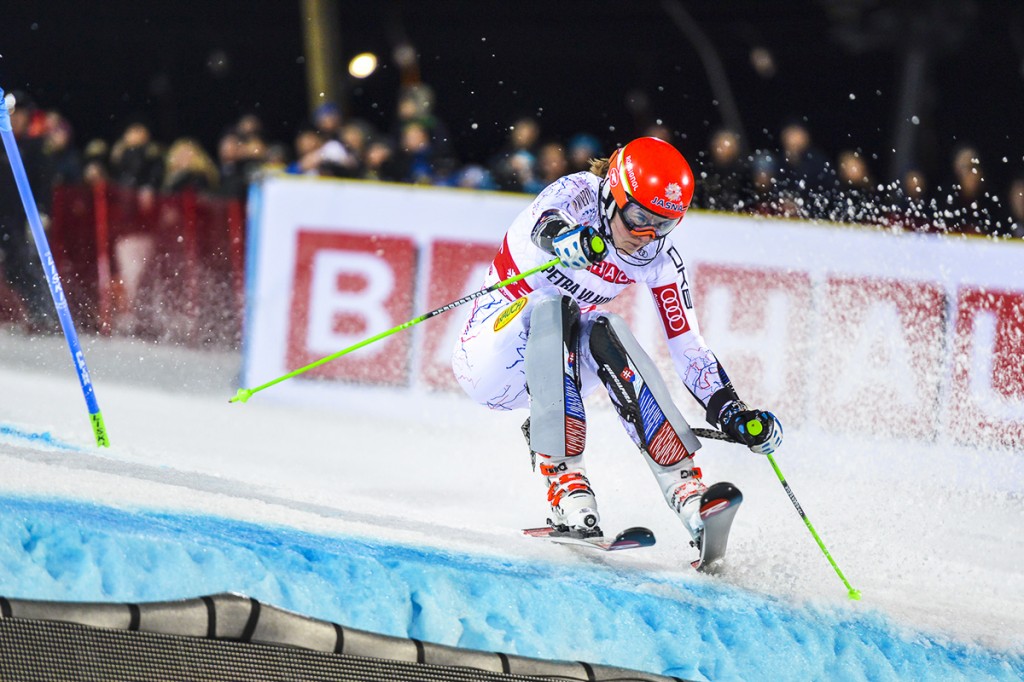 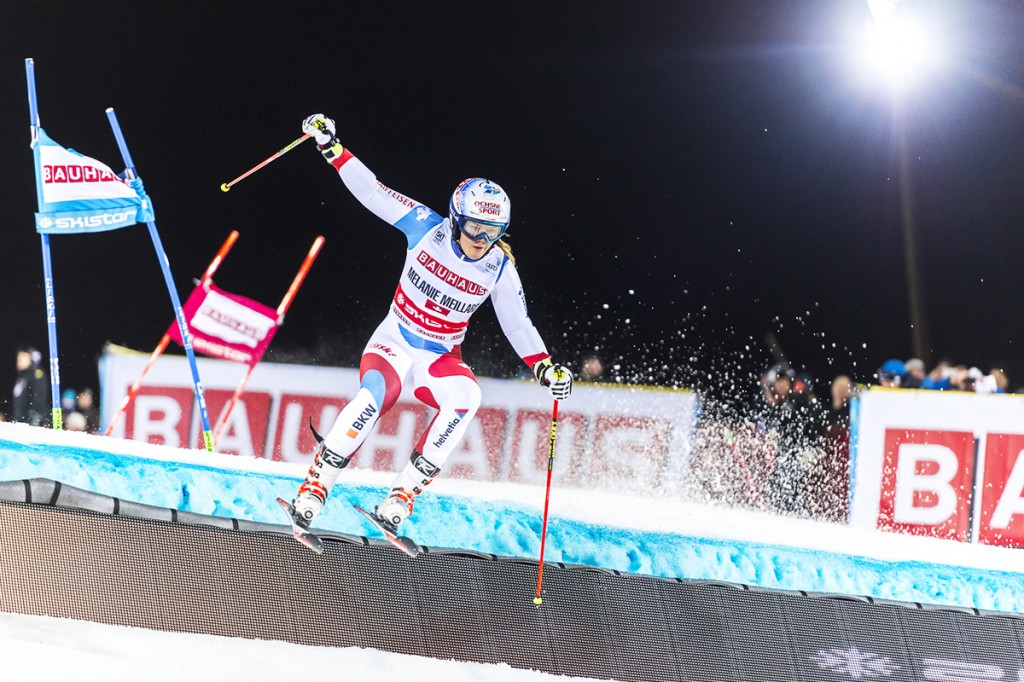 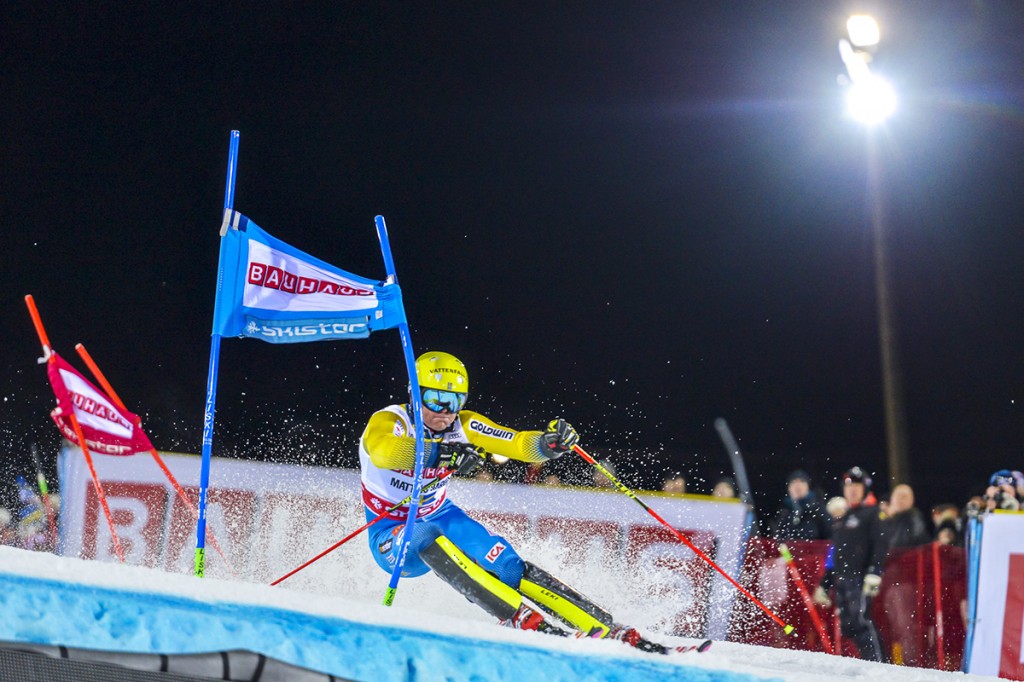 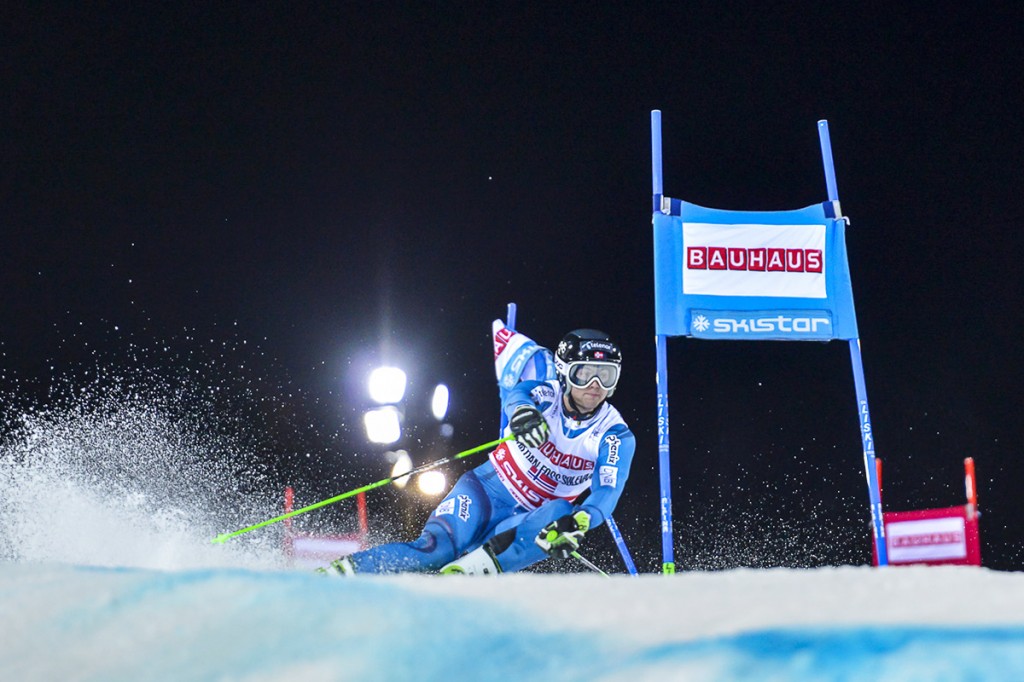 On februari 22, 2015 by jonaspau With 0 Comments - Uncategorized

This photo of mine, showing Karin Flack on Dalstuva here in Lofoten, just made the cover of Outside Magazine’s Swedish edition.
Pretty nice, and extra fun since this came as a surprise on Karin’s birthday today. Happy B-day Karin and I’m looking forward to more adventures together! 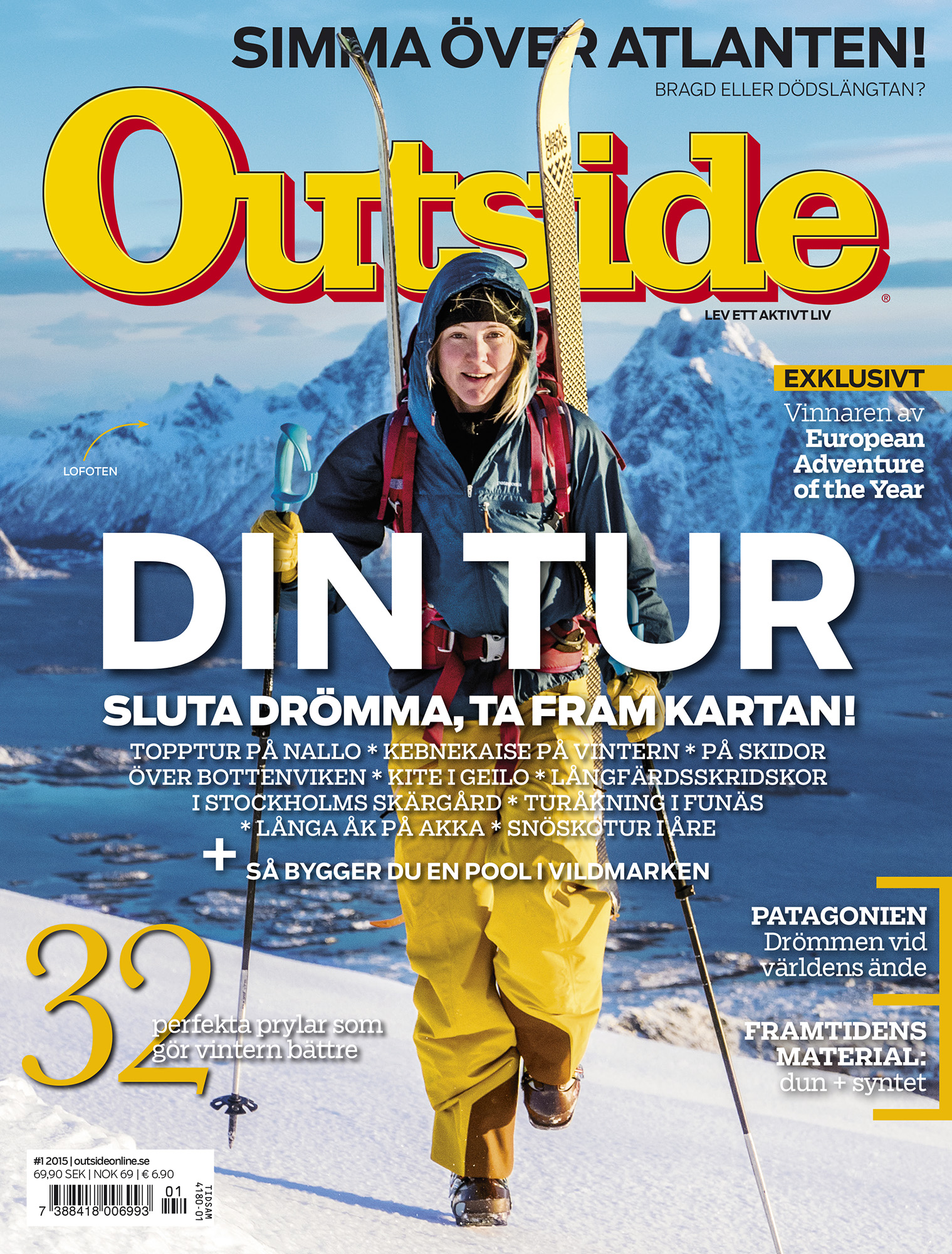 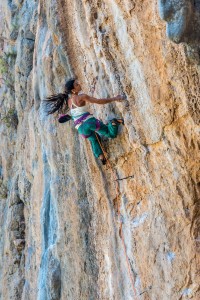 The Petzl RocTrip 2014 took place in eastern Europe. This year the RocTrip was set up as a journey to several different climbing areas in Bulgaria, Greece, Macedonia, Romania and Turkey. I was fortunate to be one of two prize winners in Outside Magazine Sweden’s photo competition, which meant I got to join the RocTrip at the last stage in Turkey. This was the first time I met the other prize winner, Ola Lindberg, and we had a great time together, climbing, taking (and discussing) photos and basically having a great week together. We also met a bunch of other nice folks, some new faces and some old.

The first few days were spent in Geyik Bayiri, a place I visited earlier this year. The climbing is fun, but many, or most actually, sectors are in the sun, making it a little too hot for my taste this time of year. Mid week we were transferred to Olympos and Kadir’s Tree Houses. Wow! This place was very nice. A nice athmosphere and lots of good climbing (and shaded too!). Plus there’s a beach. I like it! This trip I was focusing on just having a great time with no special agenda, which felt just right. Of course I had my camera equipment ready and managed to get a few nice shots. I’d call them snap shots really. Below are a few of them.

Thanks again to everyone who voted for my photo in the competition! And thanks for voting for Ola’s as well, otherwise I wouldn’t have had such a great week. 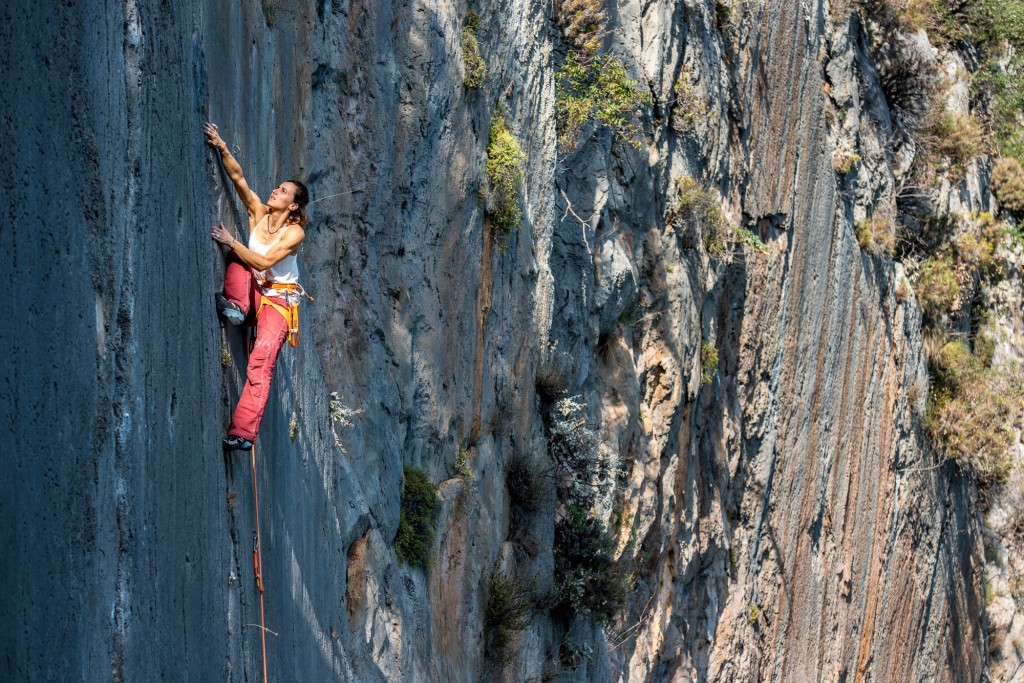 Alizée Dufraisse on a morning cruise at the Cennet sector, Olympos. 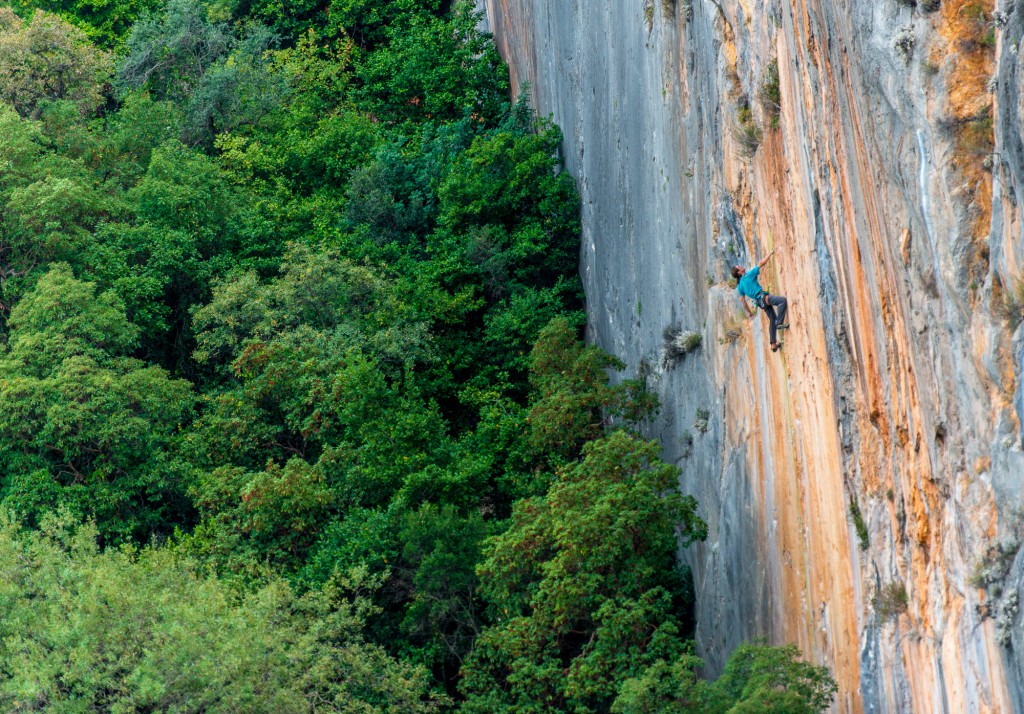 Unknown climber at the beautiful Cennet sector at Olympos, Turkey. 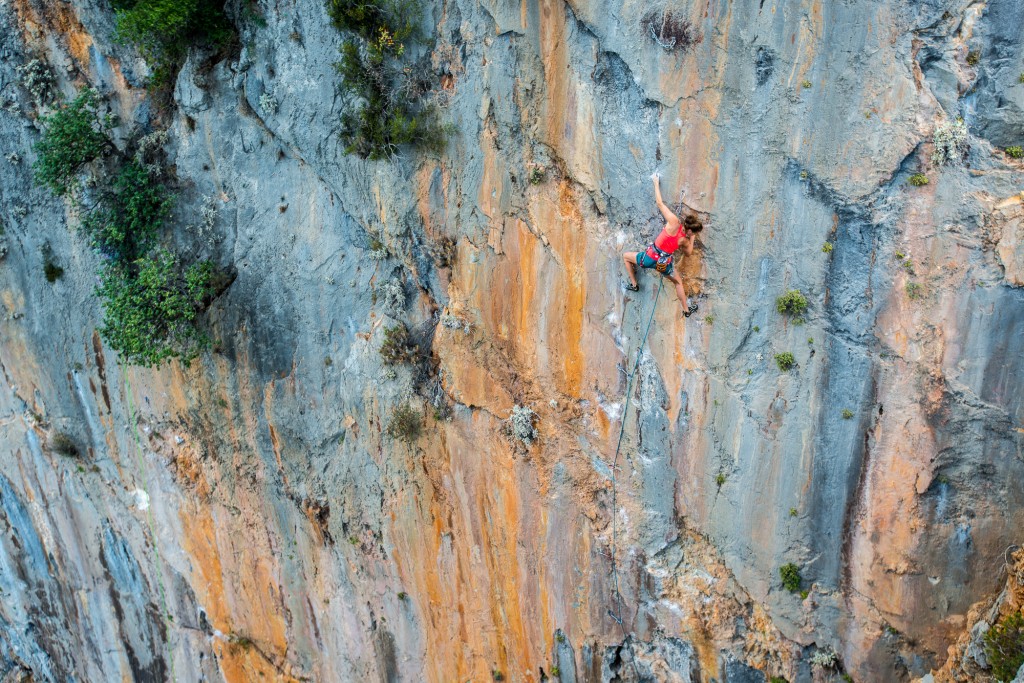 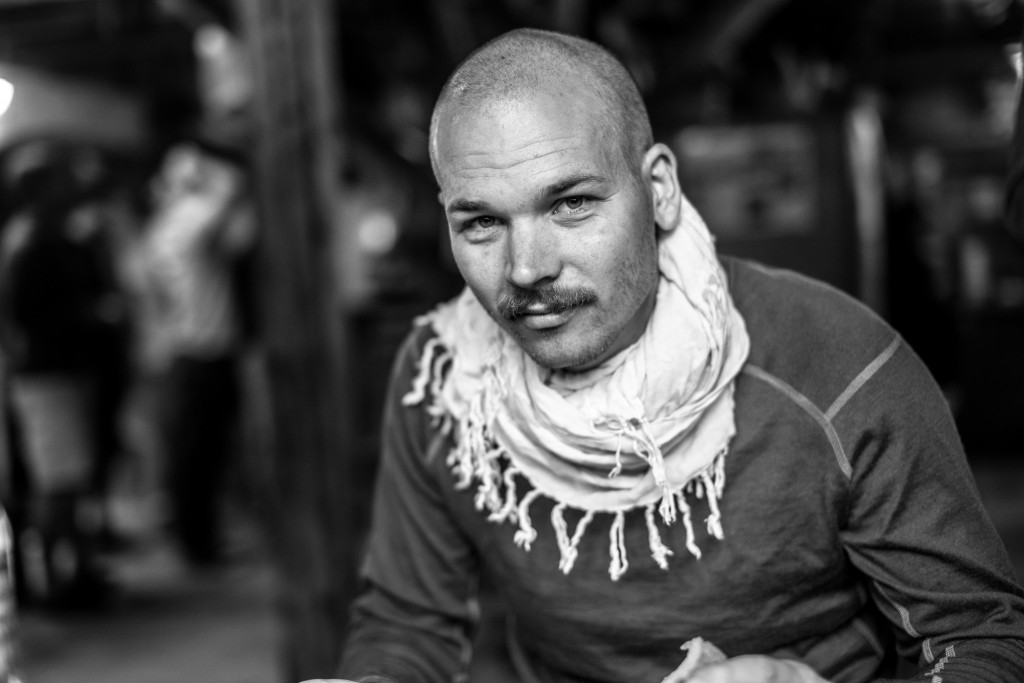 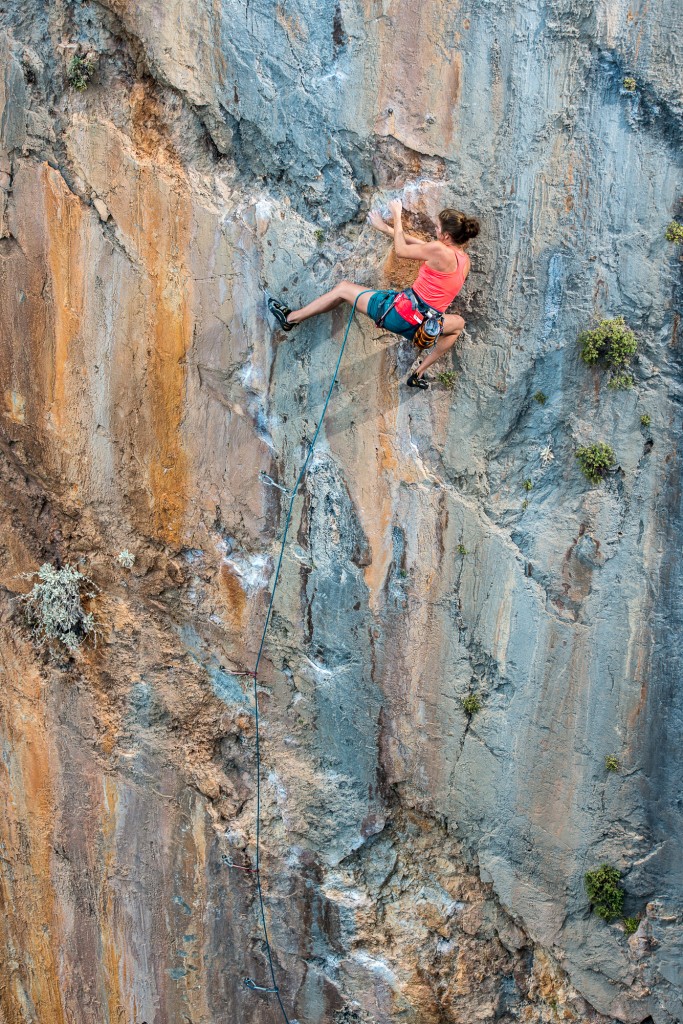 Jenny Axelsson trying hard on a 7a at the Cennet sector, Olympos.

More prints in the making

On december 7, 2013 by jonaspau With 0 Comments - Uncategorized

I’m pleased to see that the plywood prints I recently made are appreciated. I have added another image to the collection and hopefully there’s more to come. Go to PRINTS to have a look at these limited edition plywood prints. 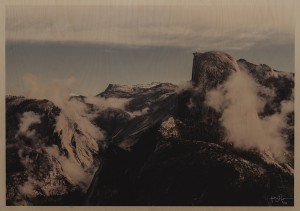 The exhibition is over – thanks everyone!

On december 3, 2013 by jonaspau With 0 Comments - Uncategorized 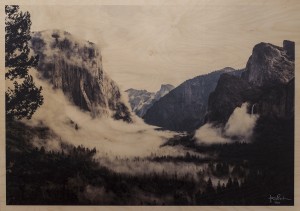 I sincerely want to thank everyone who came to look at my photographs at Magnolia Café during the past two weeks. A special thanks to you who bought some of my work, I’m honored!
I also want to say a special thank you to Per and Marcus at Magnolia for a fruitful collaboration and finally a special thanks to Pierre at Tierra for the support. Thanks everyone!
The exhibition is over but it is still possible to order prints. Under PRINTS you can see what is available at the moment. I will mostly likely add some more prints later on. Should you find another photograph on the site that you would like to order as a print don’t hesitate to contact me.

On november 19, 2013 by jonaspau With 0 Comments - Uncategorized 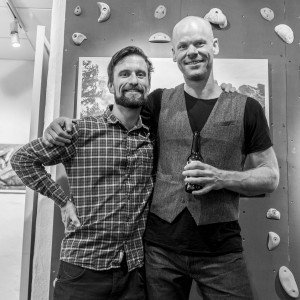 Linus Meyer and me. Photo by Simon Brismo.

Wow! So many people who came to look at mine, Linus Meyer’s and Said Belhaj’s exhibition at Magnolia Café on the opening night. I am truly overwhelmed! I had such a great time seeing and talking to all you people and everyone seemed to enjoy themselves. The exhibition will run until November 30, so make sure you stop by. The address is Blecktornsgränd 9 at Mariatorget in Stockholm. If you are interested in purchasing any of the prints they are printed in a limited edition of 10 copies each. Each copy will of course be signed and numbered. The price list can be found at Magnolia. Welcome!

On november 12, 2013 by jonaspau With 0 Comments - Uncategorized 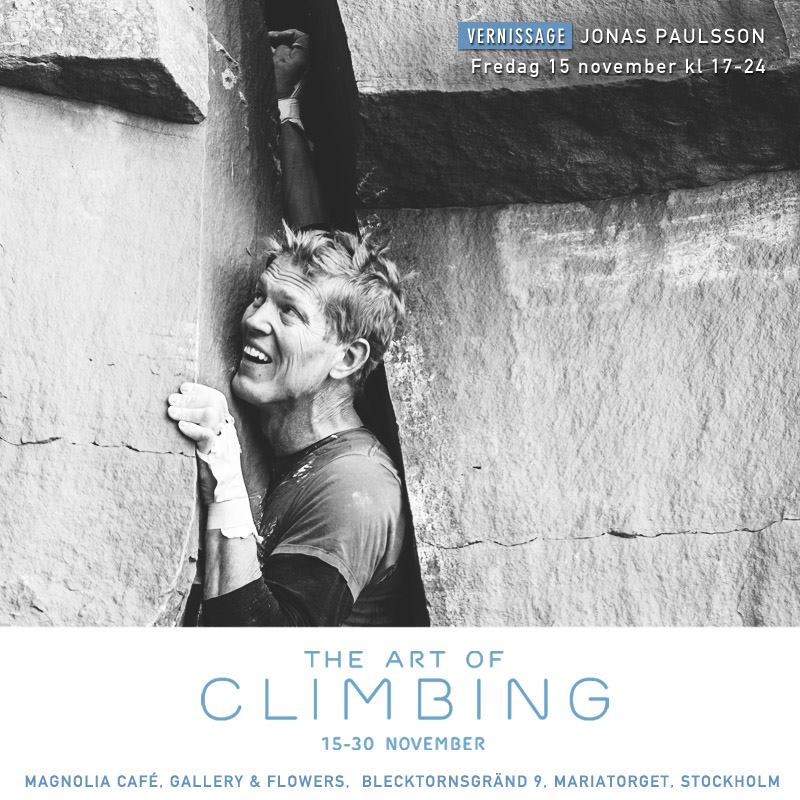 Calendar and exhibition on their way

On november 9, 2013 by jonaspau With 0 Comments - Uncategorized 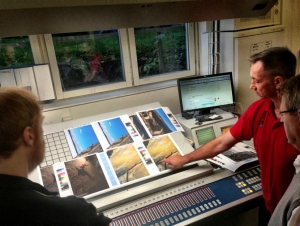 This week has been quite busy with preparations for an upcoming exhibition as well as the release of a calendar for 2014. I was at the printers’ a few days ago to have a look when the calendar started going through the printing process. It looks good and I’m really looking forward to see the finished product next week. The preparations for the upcoming exhibition at Magnolia Café in Stockholm have also been going well. It’s always very difficult to pick out your best images for an event like this, but in the end I think my choice was ok. Next week I’m picking up the prints at Crimson and hopefully they all look the way I want them too. The exhibition is part of a two week climbing theme at Magnolia Café called The Art of Climbing, with lectures, music and more. Check out their Facebook page for more information.
The exhibition is sponsored by Tierra and the calendar has been made possible through cooperation with addnature.com.

On september 18, 2013 by jonaspau With 0 Comments - Uncategorized 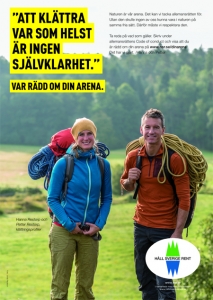 Last weekend I hooked up with my good friends Hanna and Petter Restorp. They have agreed to participate in a campaign to raise awareness of the Right of Public Access and the organization behind the campaign, Håll Sverige rent (”Keep Sweden Tidy”), needed some photos of Hanna and Petter for a poster. Here’s how it turned out.