Bouldering in Lofoten – the guidebook! 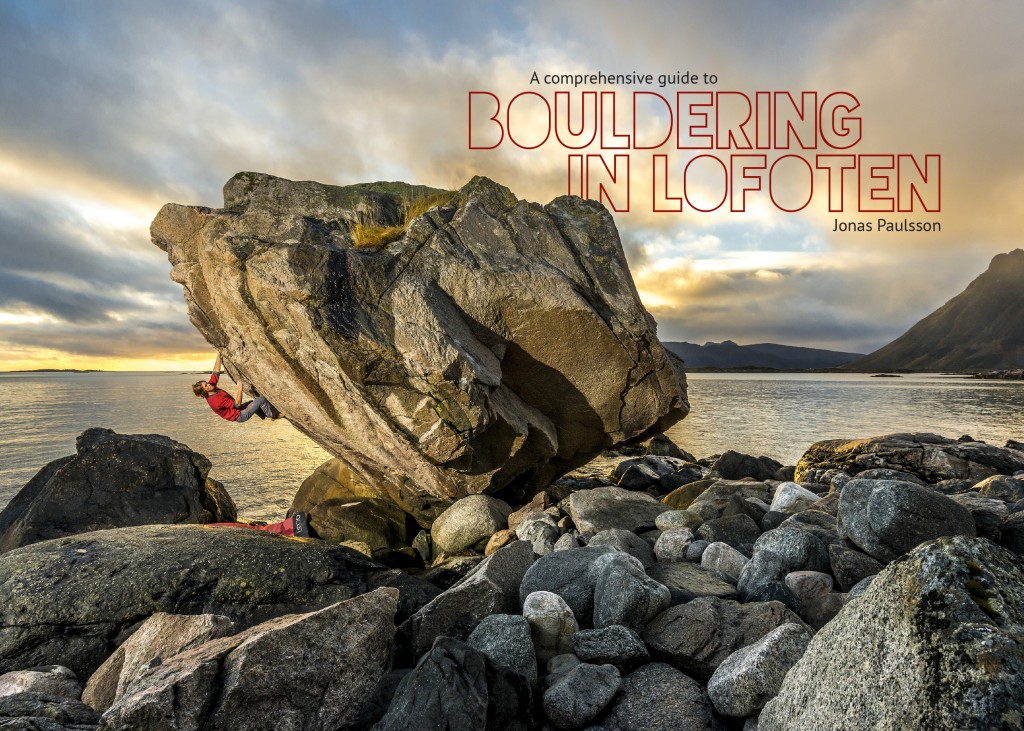 So, it may not have escaped anyone, but earlier this month the first ever guidebook to bouldering in Lofoten saw its release. The book – titled ”A comprehensive guide to Bouldering in Lofoten” – presents more than 700 problems in 24 different areas, from Svolvær in the east to Bunes in the west.
320 pages, with written descriptions and photo topos to all problems, combined with all the necessary maps, directions and logistics you need to get the most out of the bouldering here this guidebook will hopefully put Lofoten on the global bouldering map. Also, the book contains an adundance of inspiring photos that will hopefully wet your apetite for some arctic bouldering.

So far the response has been overwhelming and it’s been a pleasure to work on this project and finally see it come to life. Thanks again to everyone involved; advertisers, collaborators and friends!

Discovering a new side of Lofoten

Having been to Lofoten many times, focus has always been on roped climbing, single or multipitch. Sometimes we’ve played around on the boulders below Presten or elsewhere, but without a pad there’s been nothing serious to it. Now, when living here and with two pads at the ready I’ve been able to discover a side of Lofoten I haven’t really seen before. There’s no doubt about it, some of the problems would be rated three stars anywhere in the world.
Apart from doing some bouldering on my own I have also had the time to capture some of the Lofoten bouldering with my camera. This is an ongoing project, what the end result will be remains to be seen. But why not share some of the images in the meantime?

A very nice boulder near Valberg. 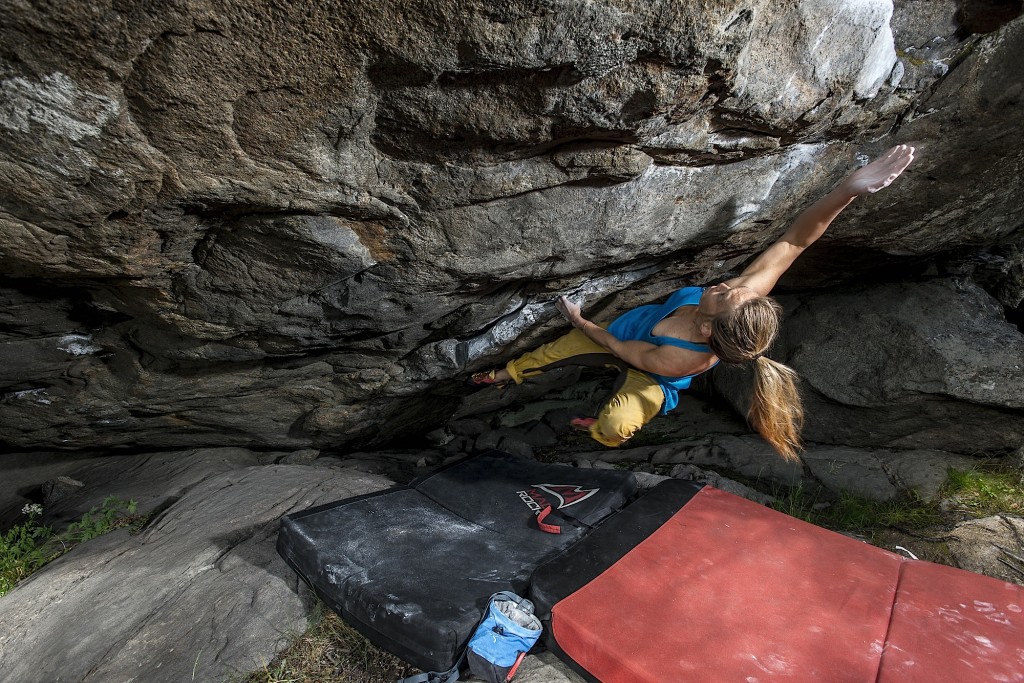 Elisa Strand trying to reach the jug on a steep problem at Stem Bastensen. 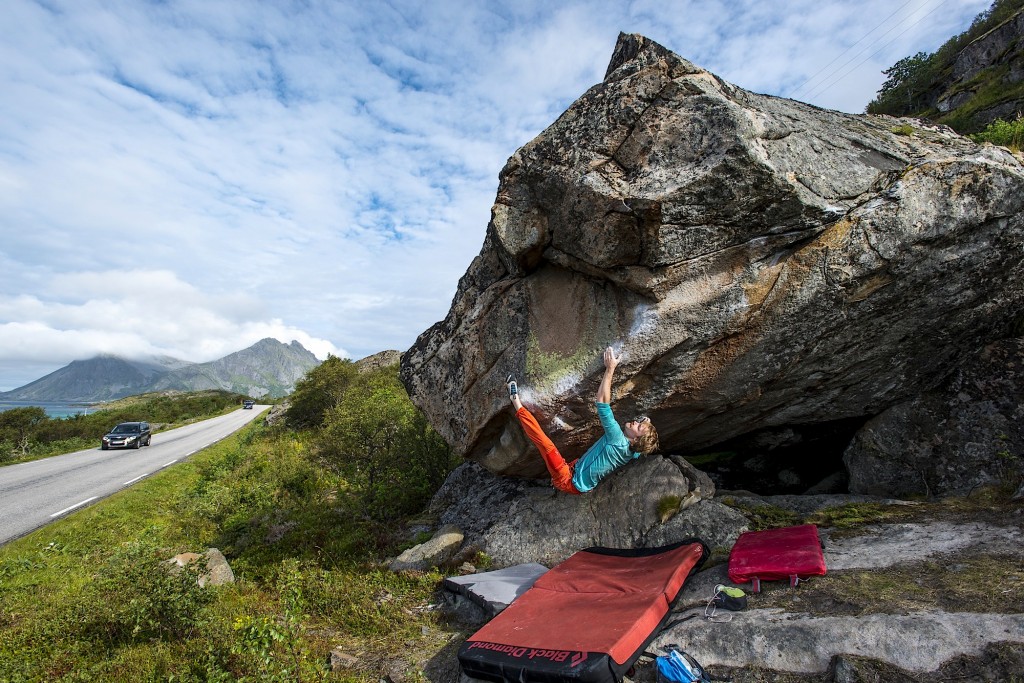 Carl Granlund trying Monster, near the Stem Bastensen boulders, just along the E10. 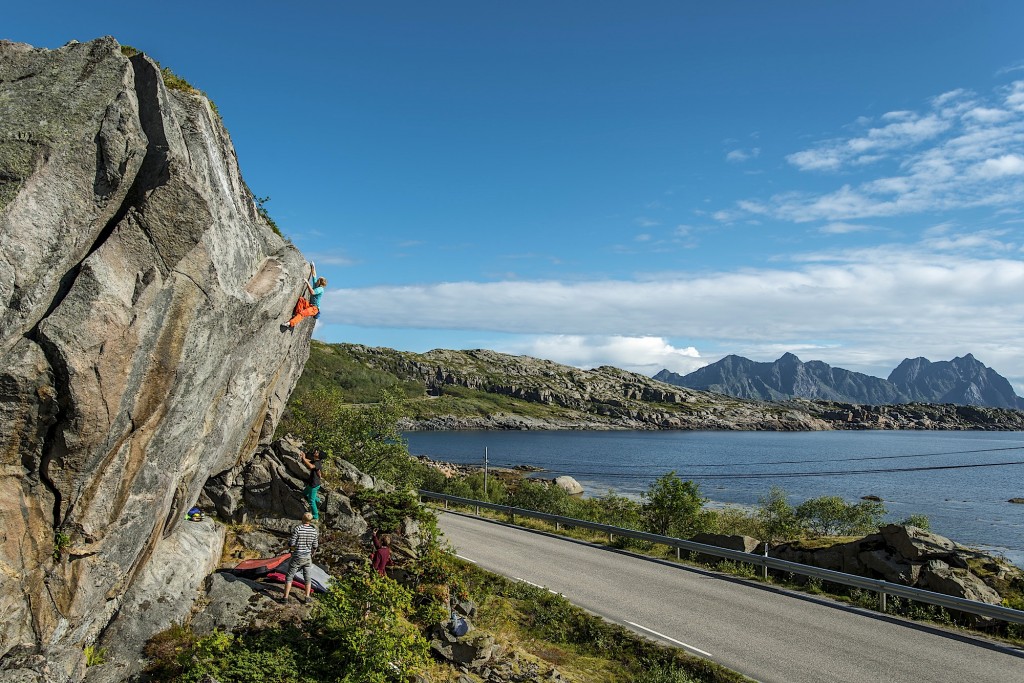 Carl Granlund highballing it on the first ascent of Fear of Temptation, near Svolvær. 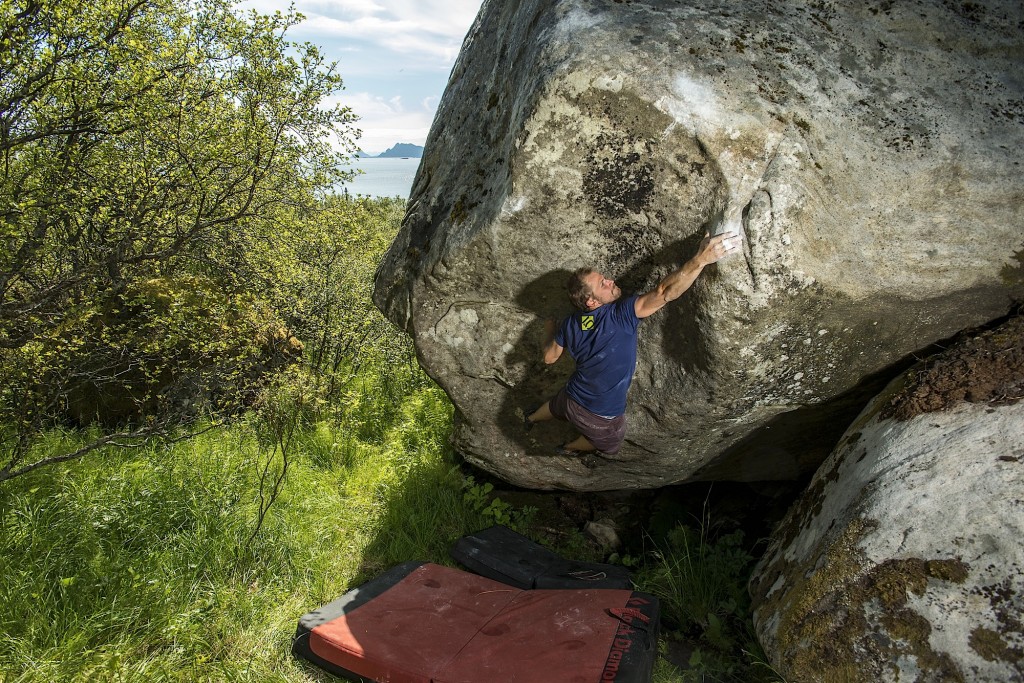 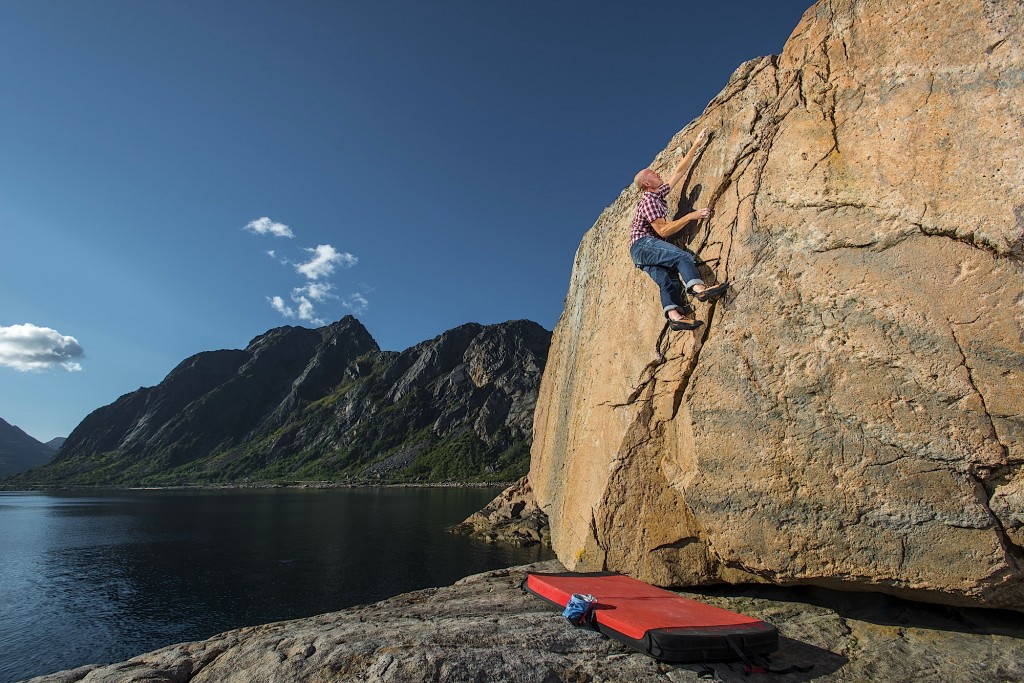 A nice, easy crack at Børvågen, near Svolvær.